Time for another installment of past interviews with Christian speculative authors over at wherethemapends.com. 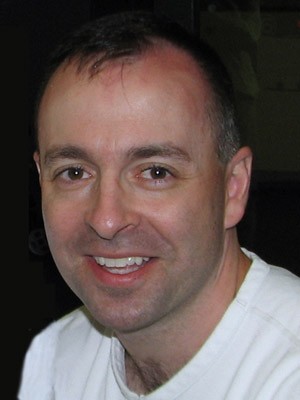 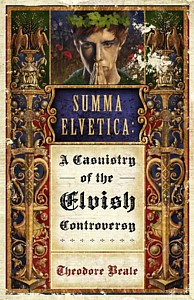 What a joy to have Christian speculative novelist Theodore Beale as our interview guest this month at WhereTheMapEnds.com.

He’s a very interesting guy, as you’ll soon see. He’s an American living in Europe, where he blogs about many topics, primarily American politics, under the pen name Vox Day. He has also written nonfiction, including the recently released The Irrational Atheist.

I first encountered Theo when I was over Realms. He had written some very Christian spiritual warfare novels for a very secular publisher, Pocket Books, and was interested in writing for a Christian publisher. I was impressed with his stories and the wonderful worlds he created for them.

Theodore Beale: I’ve been working on a Massive Multiplayer Online game and overseeing the development of some interface hardware I designed last year.

WhereTheMapEnds: Not to mention writing Summa Elvetica and publishing two books in 2008. I also happen to know you’re involved with this MMO at a pretty high design level and that it’s done by a company lots of people would’ve heard of. [He’s being modest, folks.] What is your favorite speculative novel of all time (Christian or secular) and why is that your favorite?

Theodore Beale: I think The Dark is Rising by Susan Cooper is probably my favorite fantasy novel of all time. It’s not as important to the genre as The Lord of the Rings, but Cooper somehow manages to create an atmosphere that is timeless, magical, and yet intensely personal. The Grey King and Silver on the Tree are also very good novels by Cooper.

Theodore Beale: I had a two-book contract for a pair of science fiction novels with Pocket Books, one of which had been published. But after becoming a Christian and hearing a series of sermons on Ephesians by Dr. Greg Boyd, I was more interested in delving into the ideas inspired by those teachings. Scott Shannon at Pocket liked the idea too, so we traded the one remaining sci-fi novel for what turned out to be The War in Heaven and The World in Shadow.

Theodore Beale: I was very surprised that Scott was so open to the idea, especially since he’s not particularly religious, at least not that I’m aware of. But then, he’s always been an open-minded, innovative editor.

Theodore Beale: I actually read a lot more non-fiction than fiction these days. Mostly history, but a fair amount of politics, economics, and military stuff too. It’s probably obvious to the reader, but writing Summa Elvetica required a substantial amount of revisiting Thomas Aquinas. I like writing fantasy, although I’ve lately been dabbling in a historical fiction as well as a little non-genre fiction.

WhereTheMapEnds: The way you modeled the theological argument in Summa Elvetica on Acquinas’s Summa Theologica is one of those brilliant, usually overlooked things that makes your novel so cool. [Summa Elvetica is based on the premise that the church would have to decide whether or not elves have souls.] So, Theo, how would you characterize the current state of Christian speculative fiction writing and/or publishing?

Theodore Beale: Largely nonexistent. Most of the work is, like secular fantasy, highly derivative and unambitious. It’s a shame, considering that Christians such as George MacDonald, J.R.R. Tolkein, and C.S. Lewis created the fantasy genre.

WhereTheMapEnds: I love the answers I get to this question. They all tend to fall into one of two groups: those who say it’s doing great and those who say it’s almost nonexistent. It’s like those Amazon reviews that are all either 5 stars or 1 star, with nothing in between.

WhereTheMapEnds: What have you seen that encourages you about Christian speculative fiction writing and/or publishing?

Theodore Beale: The enthusiastic response to Marcher Lord Press. One would think that a larger CBA publisher would notice that there is a genuine market for Christian fantasy, but then, one would think that the success of the LOTR and Narnia movies would have done that as well.

WhereTheMapEnds: Yes, I’m thrilled with the popular support for Marcher Lord Press as well. So, what have you seen that discourages or frustrates you about Christian speculative fiction writing and/or publishing?

Theodore Beale: I marvel at the fact that Christian publishers still believe that Tolkien and Lewis are sui generis [impossible to replicate] while a huge secular industry has been churning out pale, soulless imitations of them for decades. There will never be another Tolkien, but there’s no reason that there shouldn’t be dozens of Christian Sword of Shannara type books and so forth.

WhereTheMapEnds: Preach it, brother! And as you know (and as the Booklist testifies) there are plenty of Christian fantasy novelists out there. The trick is connecting the writers and the books with the readers who want them. So, Theo, what advice would you give to someone who aspires to write and publish Christian speculative fiction?

Theodore Beale: Write only if you are writing primarily for your own satisfaction. And just shut up and write, don’t waste time talking about how you’re going to write something eventually. The fact that so many people want to write means that, on average, it’s never going to pay very well. That’s the law of supply and demand in action.

WhereTheMapEnds: Succinctly put and to the point, as always. [grin] What’s the best book or seminar on fiction writing you know?

Theodore Beale: I highly recommend The Ranting Room, a blog run by the award-winning science fiction author Bruce Bethke. Aspiring writers will learn a great deal about both the craft and business of writing there. The weekly Friday Challenges are great exercises for the amateur writing honing his skills.

Theodore Beale: I’ve been scribbling a bit on what could be the follow-up to Summa Elvetica. I’ve also written a few chapters of a non-genre novel that could be described as Microserfs in the game industry. But mostly, I’m kicking back and enjoying the post-scrival afterglow.

WhereTheMapEnds: Post-scrival…? Wow, I can always count on you to help broaden my vocabulary. What would you say is the best speculative story (Christian or secular, book or otherwise) you’ve encountered lately?

Theodore Beale: If you’re interested in checking out Summa Elvetica, Marcher Lord Press has made the first chapter available here.

What a wonderful interview, huh? Thanks again to Theodore Beale. Be sure to visit Theo online.