Three-time Carol Award–winner Sharon Hinck is best known for her four-part series The Sword of Lyric (Enclave). The first book, The Restorer, is a genre-blending adventure of a soccer mom in an alternate reality. Her new fantasy series, Dancing Realms, is scheduled for release in June 2019 with Hidden Current.

Award-winning author Ronie Kendig is known for her military suspense stories covering dangerous missions and intense action, but she also has a passion for speculative fiction. Enclave published her first fantasy trilogy, Abiassa’s Fire (2015-2018), and plans to release the first book in Kendig’s newly signed, science fiction series, The Droseran Saga, in fall 2019.

“We are excited to continue working with these talented authors who are part of the Enclave family, and we expect great things for our upcoming season,” said Steve Laube, publisher of the Enclave imprint for Gilead Publishing.

Gilead Publishing is a new company started in 2016 whose purpose is to publish great fiction, which inspires and encourages readers through its imprints: Gilead (core Christian fiction categories), Enclave (sci-fi, fantasy, supernatural), and Evergreen Farm (titles from Catherine and Peter Marshall, including Christy). 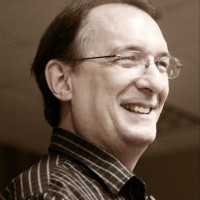 Posts by Steve Laube
« Previous
Next »