But Who Would Be Dumb Enough To Even Try It? (Episode 6)

It’s time for another installment of our fantasy talke for “Speculative Story Saturday.”

And because it’s my turn (Jill) and I can’t seem to write fantasy without a map, I drew one. I left several of the Nine Ports unnamed in case other authors should choose to name one in their future episodes. If you see that I’ve forgotten something, leave a comment, and I’ll add whatever is needed to the map. Morning dew on the timothy and foxtail grasses soaked my boots and pant legs as Abelard and I walked toward the riverbank and a copse of birch and willow trees. The other members of our quest still slept around the smoldering remains of our campfire.

“Remote enough for you?” I asked.

Though Abelard’s cloak was wrinkled and his white armor dirty from travel, he still carried himself with regal confidence. “This will do, Barzillai, thank you.”

I yawned. “Then speak your mind, for I am hungry and would rather catch a fish for breakfast than eat cold rat.”

Abelard glanced back to the camp, his eyes bright green in the early dawn. “I have been watching Cludge. He is not what he appears.”

I could not help it. I laughed. Of all the worries that we had to concern ourselves with, between Landgrave, Intius, and the fell beasts who served them, even Raibert and Tekla gave me more worry than Cludge—except for my recollection of his hand around my throat, of course. But the very idea that he might be subversive…

I let my laughter carry on until Abelard’s stoic expression quelled my humor entirely. The priest was serious? “What is he, then? Not another shadow victim of Intius, I hope?”

“No, Barzillai. It is not shadow I sense in Cludge, but power. Magic surrounds him. He is not all he seems.”

Leaning against a scratchy birch tree truck, I pondered what this might mean for our quest. “Perhaps Tekla wants the crystal for herself and she and Cludge will turn once we secure it?”

Again Abelard’s gaze wandered to the camp. “I believe Cludge has a motive other than serving Tekla.”

“Can you expose it somehow?” It was bad enough to have Intius meddling in our quest. I didn’t like the idea of more trouble in our very midst without at least knowing what it was.

“I don’t dare. Not without knowing what I’m dealing with. And Cludge’s power might have nothing do to with this quest.” Abelard turned his gaze upon me. “I merely wanted to bring it to your attention.”

Do you see what I have to deal with? Abelard’s humility weighed a bigger burden on my shoulders than any traitor. Thieves, assassins, and fell beasts I could deal with. But Abelard’s every word and deed constantly reminded me whose mark I’d tattooed on my chest and how poor a servant I was in comparison. I suppose that’s why Abelard was the priest and not me.

“This is your quest, Abelard,” I said. “What would you have me do?”

Abelard walked toward the camp and said without looking back. “Catch your fish, Barzillai. And I will kindle the fire, for I too am weary of rat.”

See how his words change? Is he asking my help or taking charge? I can never quite tell. He cannot have it both ways.

After a breakfast of fresh trout, we continued west along the Valley Road. We had been following the same road all the way from Sohn’s Bend as it trailed alongside the Cosay River, but by midmorning, we reached the point where road and river curved north. We struck out on our own trail through Dank Woods to continue our westward journey. We would have made better time had we gone south from Sohn’s Bend to Irkold and followed the Coss River Road toward Landgrave’s Fortress, but the Coss River road is well traveled and invisibility was to our advantage.

At least it was supposed to be. I still didn’t know how Intius had used that boy to track us. If he had done it once, he could do it again. But why would Intius help Landgrave with anything? This bothered me more than Intius tracking us. Intius and Landgrave working together… I shuddered.

It was late afternoon when the sound of the boiling rapids of the River Coss darkened my mood. The rapids were too far north—at least two hours out of our way. I had led us astray and had no choice but to veer south and follow the river until we reached the shallows.

By the time we reached the ford, dusk had darkened the sky. Here, the River Coss widened between two steep banks, leaving shallow and lazy water in a wide clearing. I inched down the steep bank toward water’s edge, my shins sore from days of walking.

“Cludge tired. Cool off.” Cludge’s footsteps slapped the earth as he ran down the incline, past me, faster than was safe, and splashed into the shallows, kicking up the water with each step as if the river were a puddle and he were a child at play. Unfortunately, his weight and speed caught up with him and he slipped and fell onto his backside, sliding to a stop in the middle of the river. He then rolled onto his front and lapped at the water like a dog. I stopped on the riverbank, glanced at Abelard, and found him watching Cludge. Either Abelard was mistaken or Cludge was an excellent theatrical player.

Tekla appeared beside me, a sight much more pleasant that Cludge all wet. “Let’s stop here for the night,” she said.

“It’s far too early.” I stepped up to the water’s edge, scanning the muddy bank for tracks. “We go on until dark.”

Raibert walked past and into the shallows. “I do my best work in darkness.”

“Precisely my point.” I glanced at Tekla, who was staring at me, her hands propped on her hips. Was that a natural pose for her because she found it comfortable or because it put her hands near her daggers? Probably both. “It’s another three hours to the edge of the forest, then two more days to Gloom. If we stop now, we’ll arrive too late to fulfill our quest, and we can’t afford to wait until the third morning and be seen lurking outside the fortress before we get a chance to—”

“Fine.” Tekla unclipped her water skin from her belt and waved it at me. “Do you mind if I fill my water skin?”

“Of course not,” I said and finished off my own water before crouching to refill my jug. Why would she ask such a thing? Women, anyway.

As Tekla filled her water skin, Cludge waded farther downstream until he was waist deep in the Coss. Raibert had already crossed to the other side and was inspecting something on the ground. I immediately wondered if he had found some tracks. I had seen the tracks of a wolf-man back on the Valley Road, but none since we entered the forest. I had hoped it had lost our trail. I drank then held my jug in the water to fill it again.

Abelard stopped beside me on the bank but did not crouch at the water. I looked up to find his brow knotted, his gaze sharp and roaming the ford.

“Something is wrong,” he said.

At that very moment the water swelled up over my feet like a wave from the sea. I jumped up and stepped backwards up the bank in an attempt to get away from the sudden current, but the water continued to rise, as if God himself was pouring a lake into the river—an impossible flood.

Tekla’s voice pulled my gaze to Cludge, now submerged up to his neck and circling his arms. From the other side of the river, Raibert was already on the way.

Tekla turned to me. “Please! He can’t swim.”

When a fair maiden calls, Barzillai Broadhead, famed archer of the Dank Wood and hero of the Nine Ports, cannot resist. I slogged into the river toward Cludge. In his panic, he was nearly drowning Raibert, who was attempting to pull him to shore. The water was still rising and quickly reached an awkward depth, sliding past at the level of my chest, deep enough to make me want to tread, but too deep to squat and lift a half giant. My quiver and bow bobbed awkwardly behind me, scratching the back of my head. I wished I’d thought to leave them with Abelard on the shore.

I had nearly reached Cludge and Raibert when Abelard called out.

I turned back, the water slapping at my chin. Abelard had moved to the top of the ridge, completely free of the river. Tekla was standing behind him, a dagger in each of her hands, her lips moving as if she were speaking softly. Cludge and Raibert’s splashing made it impossible to hear.

Abelard’s voice suddenly came as if he were standing right beside me. “There is a darkness here.”

Before I could ponder his meaning, the current surged forward with a force that knocked me off my feet. My body sailed underwater as if pushed by invisible hands. I struggled to get control of myself. My head bobbed above the surface, and I gasped in a breath before I went under again.

I tumbled and choked on water far longer than even a fish would enjoy. At the very point where I became certain I would drown, I found myself on my hands and knees in shallow waters, heaving my breakfast of trout into the river.

Oddly enough, it was Cludge who hauled me to shore. He dropped me beside Raibert, and together we lay on our backs, gasping on the western bank of the River Coss, staring at the charcoal sky.

I was pleased to feel the lump of my quiver still on my back, but when I sat up to inspect my bow, I found I’d lost all my arrows.

I wondered how Abelard and Tekla had fared against the “darkness.”

I looked up to see Cludge standing over me, his clothing clinging to his massive, blubbery body. I held out my arm and Cludge yanked me to my feet. I slapped his back. “We will find her, Cludge, never fear. Would it be best to walk back up river or to continue west?” I pulled Raibert to standing. “What say you?”

“West,” Raibert said. “If they are well, they will come west. If they are dead, it would be a waste of time to go looking for their bodies.”

A logical if not depressing answer. “Very well. We shall continue on to the edge of the Dank Woods and make camp there.”

And hope to find Abelard. Because even if Raibert and I managed to steal the crystal on our own, I knew of no way to destroy it. That was Abelard’s department.

I wrung as much water from my clothing as I could manage, and we started west. We had made it back into the thick forest before I realized that Cludge had not fought about going back to find Tekla. 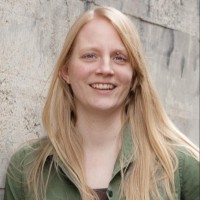 Posts by jwilliamson
« Previous
Next »