One Extraordinary Woman and the Enemy Within

Lady Firebird Angelo Caldwell has been sentenced to death “in absentia” for treason, sedition, and heresy. The last thing she expects is a summons to return home and be confirmed as an heiress of her royal house. But merciless foes are destroying entire cities of the Federate worlds. These renegades are trying to wipe out the messianic Caldwell bloodline, and they have almost eradicated the royal Angelos. To help trap an assassin, Firebird agrees to wear the heiress’s tiara for one day of perilous pageantry.

Still, Firebird’s deadliest enemy—the one that can destroy or bereave her—isn’t that renegade assassin. Neither is it the despotic regent who hopes to seize the Angelos’ throne, nor even the threat of dying in a desperate military strike at the renegades’ world.

Unless she can bring her own pride to heel, everything she cherishes will be lost.
Book three in the classic “Firebird” series. 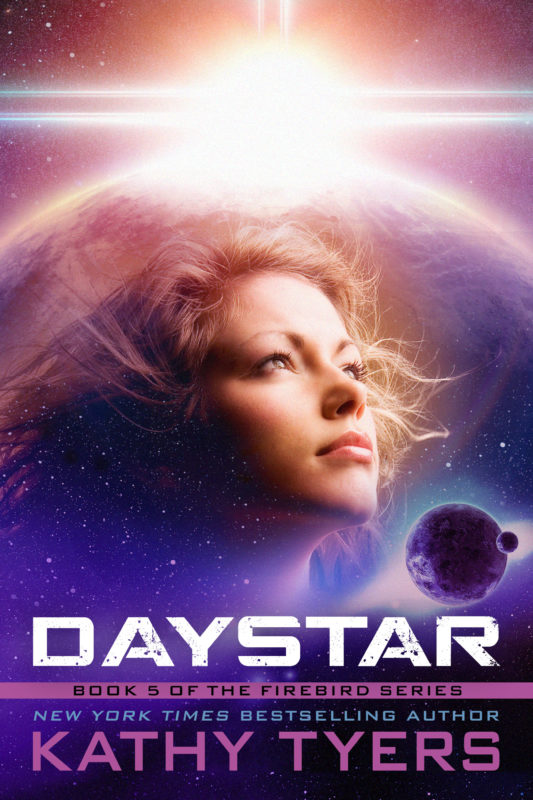 The Firebird series book 1: Firebird
Look Inside
Disclosure of Material Connection: Some of the links in the page above are "affiliate links." This means if you click on the link and purchase the item, I will receive an affiliate commission. I am disclosing this in accordance with the Federal Trade Commission's 16 CFR, Part 255: "Guides Concerning the Use of Endorsements and Testimonials in Advertising."