Be careful what you fight for...

In a realm where religious freedom has just been restored, Commander Brian Gaudette feels more isolated than before. His wife left with their daughter. His crew is bickering. Even his God seems distant.

A distress call from a remote planet offers him a much needed distraction. But what he finds in responding to it will take focus and backup.

Because, despite best efforts to disband the secret religious police, remnants have been biding their time. And their new found weapon makes up for what they lack in numbers.

With his faith shaken, will Brian’s broken sight be strong enough to see him through this conflict? 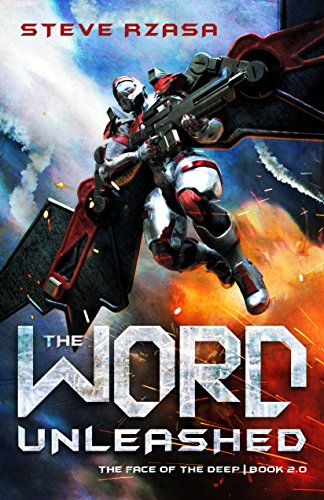 The Face of the Deep book 1: The Word Reclaimed The Face of the Deep book 3: The Word Endangered
Look Inside
Disclosure of Material Connection: Some of the links in the page above are "affiliate links." This means if you click on the link and purchase the item, I will receive an affiliate commission. I am disclosing this in accordance with the Federal Trade Commission's 16 CFR, Part 255: "Guides Concerning the Use of Endorsements and Testimonials in Advertising."