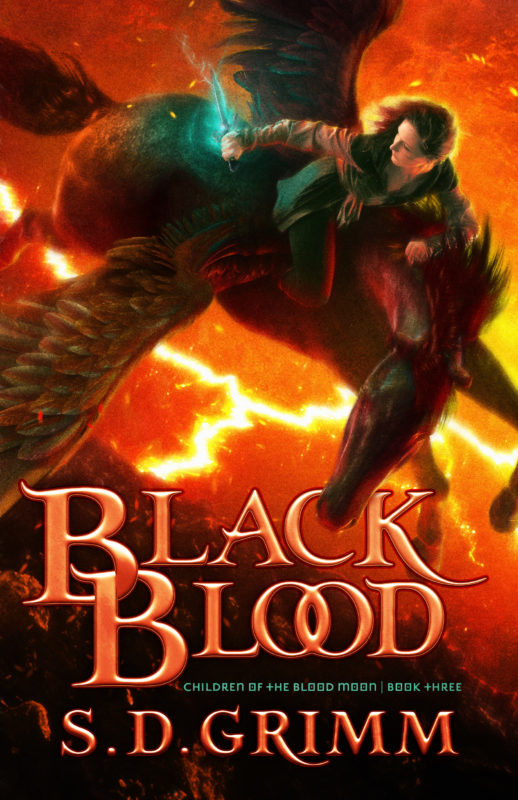 Destiny made a mistake.

Everyone told Jayden she was the prophesied Deliverer sent to rescue Soleden. But when the time came to defeat her nemesis, she failed. Now the Mistress’s power spreads through the land, strangling all of creation to make way for a world she’s fashioning herself.

With every moment, the Mistress gains more strength, and Jayden realizes she was never meant to defeat her alone. She’s one of four Deliverers, after all. But if they are caught, the Mistress will use them to gain the Creator’s power. And one of the Deliverers has gone missing and might already be in the camp of the enemy.

Can Jayden reunite the Deliverers before it’s too late? Or will she fail the world another time? S. D. Grimm’s first love in writing is young adult fantasy and science fiction, which is to be expected from someone who looks up to heroes like Captain America and Wonder Woman, has been sorted into Gryffindor, and identifies as rebel scum. Her patronus is a red Voltron lion, her spirit animal is Toothless, and her favorite meal is second breakfast. She is represented by Julie Gwinn of the Seymour Agency, her office is anywhere she can curl up with her laptop and at least one large-sized dog.

Other Books in "Children of the Blood Moon" Children of the Blood Moon book 1: Scarlet Moon
Look Inside
Disclosure of Material Connection: Some of the links in the page above are "affiliate links." This means if you click on the link and purchase the item, I will receive an affiliate commission. I am disclosing this in accordance with the Federal Trade Commission's 16 CFR, Part 255: "Guides Concerning the Use of Endorsements and Testimonials in Advertising."