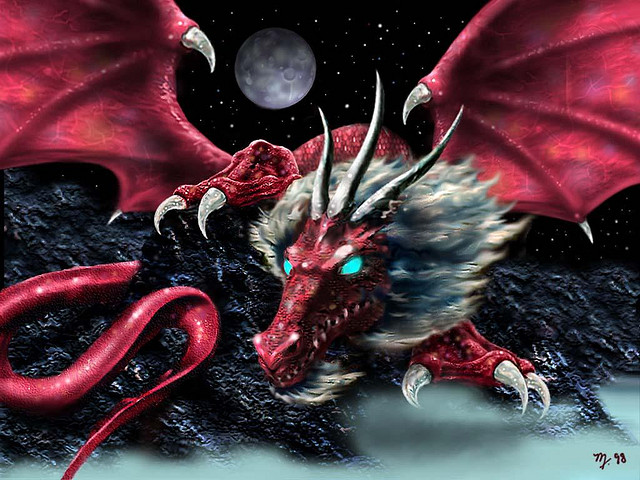 Tread carefully…there be dragons about!

The dragon is possibly the best-known mythological creature. They originated in early Greek myths and played a huge part in Greek mythology. A dragon named Ladon guarded the Garden of Hesperides, which may explain the origin behind the name dragon. Dragon originates from the Greek word drakonta, which means “to watch.”

Dragons have been called “the emblem of fantasy” and rarely make an appearance in science fiction novels. (Which one of you authors wants to break that trend?) The common traits of a dragon usually involve flying, spurting fire, hoarding treasure, and being very wise (even if they’re grouchy.) They are always reptilian in nature and difficult to kill because of their size and their scales.

Old cartographers used to write the Latin phrase, “Here are dragons,” on portions of maps that hadn’t been explored yet, to denote potential danger.

As if dragons weren’t interesting enough, let’s talk about the griffin.

Griffin? Griffon? Gryphon? Well…which is it?! It really doesn’t matter. The griffin is the offspring of the king of beasts (whoever that may be) and the king of birds. Similar to dragons, griffins were known for fiercely guarding their hoards of treasure. But they were also a symbol of real courage. A griffin is characterized by the head, wings, front legs, and talons of an eagle, with a lion’s body. Oh, and in case you were wondering where a hippogriff comes into play…that’s what happens when a horse and a griffin fall in love.

Does your book have a dragon or griffin in it? What books have you enjoyed that do?